About INDONESIA The Beautiful And State Of Place

About INDONESIA The Beautiful And State Of Place

Where Are Indonesian Astronomers Located?

Judging from the latitude and longitude, Indonesia is located at 6oLU - 11oLS and 95oB - 141oBB.

Due to its low latitude position, Indonesia has a tropical climate, high temperatures, high convection rainfall, high chemical weathering, diversity of flora and fauna, and free from typhoons and storms.

Judging from the position of the region on the Earth's surface, Indonesia is located between two continents — Asia and Australia — and two oceans — the Pacific Ocean and the Indian Ocean.

Then, Indonesia also does not have winter, so all agricultural, livestock, and, fishery activities can take place throughout the year.

Our country is also located between two oceans to support shipping and trade traffic in Indonesia, you know.

Indonesia is surrounded by water. Apart from the Pacific Ocean and the Indian Ocean which flank it, there is also the South China Sea.

As a result, it is very potential for Indonesia to develop fishery, shipping, fishery, and sports activities.

Based on the arrangement of rocks on the earth's crust, Indonesia is flanked by three plates. Not only that, two circums pass through Indonesia.

The three plates that flank Indonesia is the Eurasian Plate, the Pacific Plate, and the Indian / Indo-Australian Plate. Due to this, the formation of folded mountain ranges, volcanic trails, volcanic and tectonic earthquake routes, sea trench lines, volcanic activity on continental plates, shallow and deep earthquake sources, and unstable soils.

Meanwhile, the two circumcisions passing through Indonesia are the Pacific Circum and the Mediterranean / Alpine Circum.

What is the Area of ​​Indonesia?

If you want to compare it, the area of ​​our homeland is almost the same as Europe, the United States, or Australia.

With an archipelago shape, Indonesia has a wider ocean than land. Thus, Indonesia has a humid marine climate, high humidity, low amplitude, and temperatures that do not differ much between day and night.

Of course, we must be grateful for this to God Almighty, yes!

Where Are Indonesia's Borders?

With such a large area of ​​Indonesia, you also have to know the boundaries of Indonesia's territory.

Indonesia also has geological boundaries. The West or the Sunda Shelf (Sumatra, Kalimantan, Java, Madura, and Bali) is united with Asia. So, these islands will be found in the flora and fauna of Asia. The Central or Transitional Region (Sulawesi and Nusa Tenggara) is not united with Asia or Australia. Thus, this region has a more distinctive type of flora and fauna. Finally, the Eastern Part of the Sahul Shelf (Maluku and Papua) is united with Australia. So, the fauna there is the same as Australia.

More specifically, Indonesia has a sea boundary (territorial sea) as far as 12 miles from the outermost point of the islands in Indonesia at low tide where Indonesia has absolute rights in the form of full sovereignty over the sea, seabed, and air above it. This limit is based on the Juanda Declaration, Law no. 4 in 1960, and the International Convention on the Law of the Sea in 1982.

Second, there is a continental shelf sea boundary, a shallow sea with a depth of fewer than 200 meters which is a continuation of the continents of Asia and Australia, which is based on Law no. 1 of 1973. Regarding this matter, bilateral agreements were made between Indonesia, India, Thailand, Malaysia, Singapore, and Australia.

Finally, there is an Exclusive Economic Zone (EEZ) boundary as far as 200 miles towards the open sea from the territorial sea line regulated in Law no. 5 of 1983. In the EEZ, Indonesia has the right to exploration, processing, and conservation. 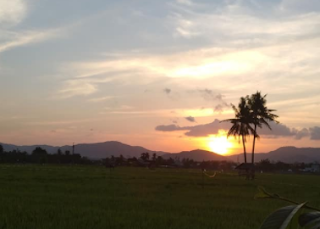 Posting Komentar untuk "About INDONESIA The Beautiful And State Of Place" 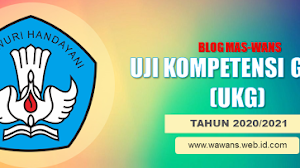